With the holiday season in full-swing, snow will be (or is already) in the forecast for many of our customers. At the first sign of snowfall, it is best to be already prepared with snow pusher and plow attachments.This is especially important if people are relying on you to clear the roadways in time for their morning commutes.

That’s why we are currently offering 0% financing on all snow attachments until December 31, 2016 -- so that you will be ready for the first major snowfall of the year.

Now that we’ve convinced you with an amazing offer, the question is what model is right for you? Should I equip my skid steer with a snow pusher or plow? What’s the difference? While using both attachments in tandem is ideal, the following is a breakdown of their differences and the benefits of each attachment type.

Despite the fact that most heavy machinery users already own a standard bucket, we strongly advise against using it for snow removal because it runs the risk of damage to the property, equipment, and even personnel. 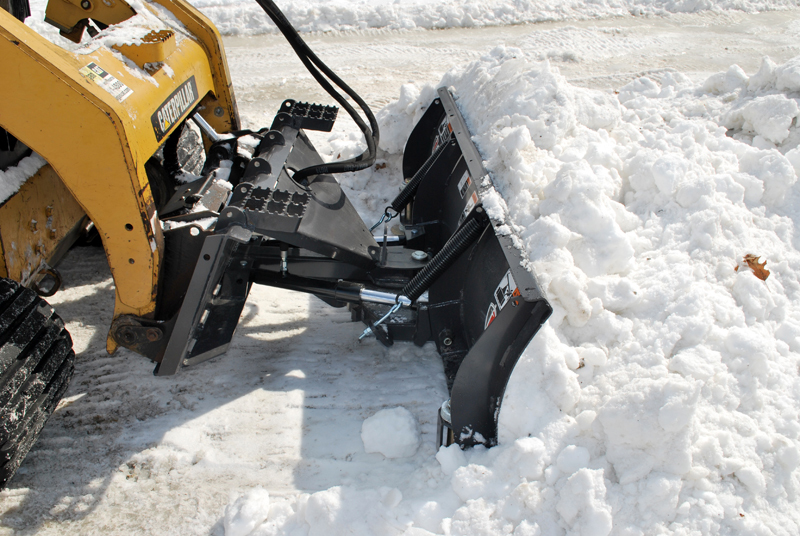 Favored for its versatility, the snow plow uses a blade to maneuver by pushing snow either forward or to the side. Ideal for clearing snow from driveways or roads because of its ability for back dragging and being a faster solution compared to attachments such as a bucket. Controlled using hydraulics, the blade’s angle can be adjusted from side to side, as well as where to deposit the snow. Best for lighter snowfalls. For sections of bad asphalt, the plow may have a tendency to drag against such sections and cause further damage. 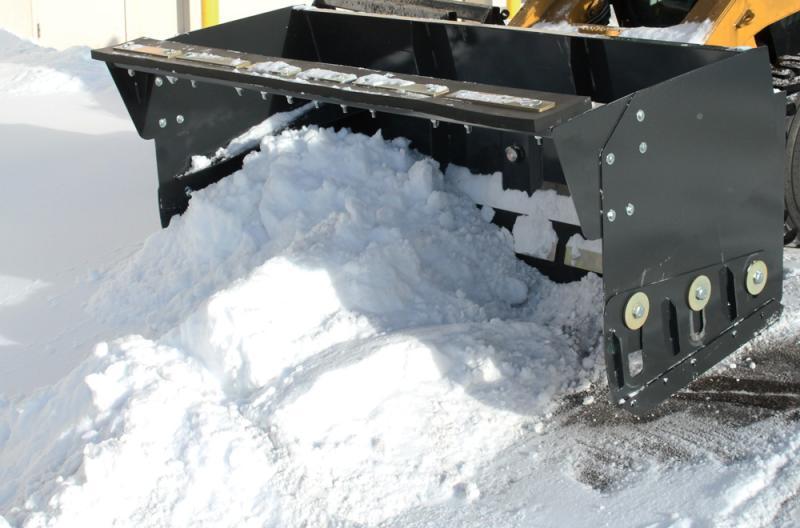 Similar to a snow plow in that it relies on a pushing motion, the main difference is that it is fully enclosed. Consisting of multiple scrapers as opposed to a single blade, the snow is trapped into a box-like attachment. The soft scrapers on the bottom edge ensures a cleaner, more snowless, result. Best utilized in open areas such as parking lots, since the attachment is meant to transport and stack large amounts of snow. Consider this attachment if you are looking more to transport snow versus merely pushing it off to the side. It is likely to run out of traction/power when used with a smaller machine. When used correctly, this attachment is typically less stressful for the machine as it is straight forward pushing and has less moving parts compared to the snow plow. Also as a multipurpose attachment, it is ideal for moving waste water, manure, feed lots, and flow clean-up.