We're confident that we have the best products, with the best support, at the best prices, and we want to earn your business and your trust. If you can find a lower price online from an authorized equipment dealer, we'll match it. *Some restrictions apply.
Learn More

At Skid Steer Solutions, we want you to be a customer for life. We only stock high-quality, reliable attachments for your Skid Steer, Excavator and Mini Skid Steer, and fully stand behind our offerings.
Learn More

Only the Best Brands

We represent over 50 Brands of attachment and accessory manufacturers, from small start-up businesses to industry titans.
Learn More 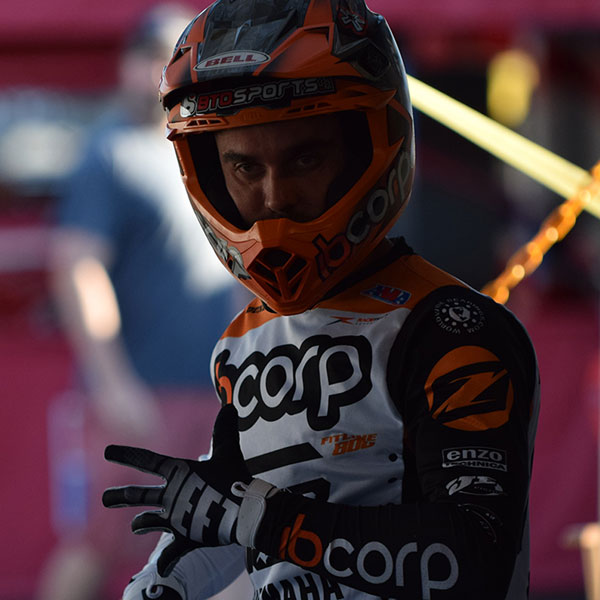 In an interview with RacerX, Michael Leib spoke about his comeback to Supercross.

“During the 2017 offseason, IB Corp Eterra Yamaha Racing held a competition in Temecula, California, for a chance to earn a $100,000 sponsorship for the 2018 Monster Energy Supercross season. Veteran Michael Leib, who made his professional debut back in 2010 in the FIM Motocross World Championship in Europe and his Monster Energy Supercross debut in 2012, earned the last spot on the team, which includes Justin Hoeft and Martin Castelo.

The last few years have been tough for the California native, as he’s dealt with a serious foot injury sustained in 2015. But after winning the $100,000 sponsorship, he feels he can rejuvenate his career in 2018. We recently had the chance to talk about the competition and his thoughts on the upcoming season.” - Racerxonline.com

Before we get into talking about the competition itself, talk a little about your background in racing and how gnarly the past couple seasons have been for you.

[Laughs] Where to start? 2015 SX I had a big get off in practice at the Oakland round. Broke tib/fib, talus, and my navicular. Eight-month recovery on that one before I was able to get riding. Ten months till I felt I could actually get back on a supercross track. Ended up riding for Blue Buffalo that year. January 3, I shorted a triple and was pretty sure I broke the talus bone from the previous injury. Was said that it was just a scar tissue scenario and I went on the first five rounds of the year riding on what we later found out was a broken talus. From there, we had no other options then to fuse the two bones, which meant an entire mid-foot fusion—heel to toe. Was off about 14 months. In the meantime, I have been focused on building up my company—Canvas MX—and getting my body back in race shape. It has been a pretty long road, but I am ready for a new chapter in 2018.

Given your recent struggles, how big was your personal desire to win a spot on the team?

Racing for me is everything right now. This is the shot I feel like I never really had here in the States. I had some good teams and some good success in Europe, but I have never really been a part of a team here on this side of the pond. I have always done this with my family and a pretty small budget. We did the best we could do, but this opportunity is something I knew I couldn’t pass up. In a way, I feel like this is my second chance at my childhood dream. Time is running out for me to make it happen and I have plenty of other goals off the bike to accomplish in my life, but this is right here, this is right now, and I am ready to put it together with an amazing group of people behind me. So, there was no plan B? It was win or be done racing?

“There was plan B. Although, plan B had some issues back in the beginning of November. Plan B was the same old way we have gone racing for years. Mom, Pops, and myself. We had a title sponsor this year that ended up falling through three months into our deal, and that was our main budget for the 2018 season. I was scrambling for a replacement sponsor at the time of the contest and had some great things in the works with Eterra USA and Skid Steer Solutions, but everything was still getting put together. We would have made some West Coast rounds, but not the full season.” - Michael Leib 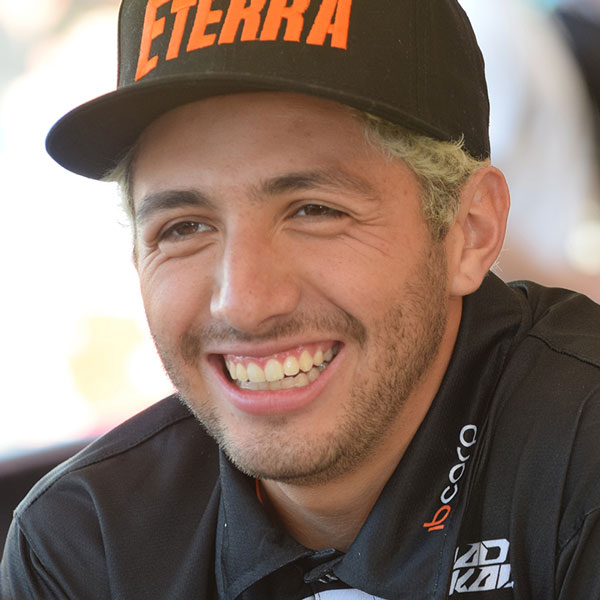 My name is Martin Castelo, I'm 23 and I am a professional Supercross racer from Quito, Ecuador. When im on the gate i try to focus on getting a good start making sure my bike is on point so i can start out front. 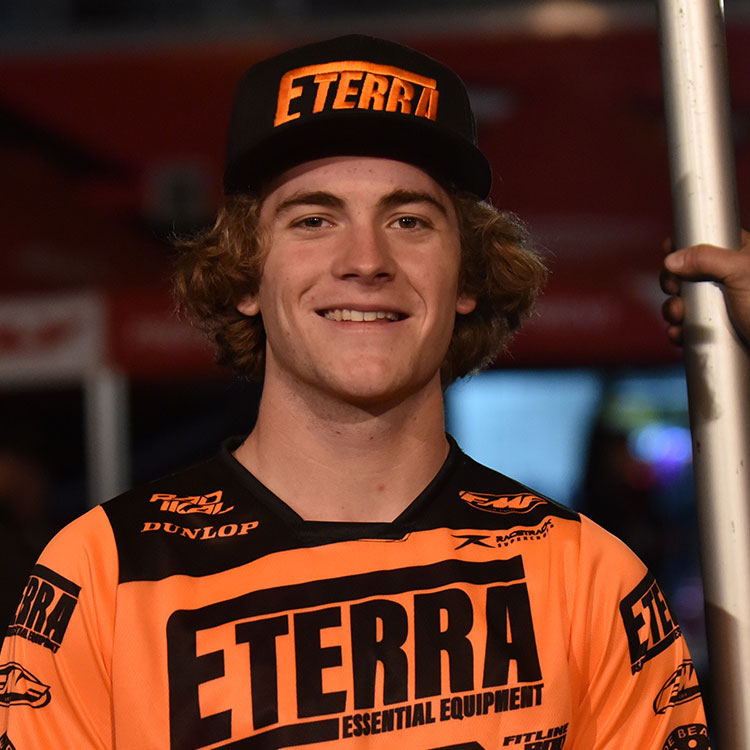 Justin Hoeft has experienced more in motocross than others twice his age. Born to a former professional racer, the California native has claimed titles at the top amateur events in the country, competed against top talent from around the world, and ridden top-level equipment. But for all of the positive moments, there have been incidents that in many ways overshadow all of the accomplishments. First was the loss of his younger brother, Tyler, at a race, followed by a serious crash months later that led to a lengthy hospital stay due to serious injuries. After a brief break and return to a "normal life," Hoeft has turned his attention back to becoming one of the sport's top talents.

Darrin Hoeft was a top-10 finisher in the 125 class at Supercross events on the West Coast before having two sons, Justin and Tyler. Once the boys were old enough to control a mini bike on their own, they were cut loose on the family's yard in Castaic, California. "My dad never really pushed us into riding or racing," Justin shares. "When we got to the age and wanted to race as a career, then it changed a bit. Growing up it was all for fun and my dad didn't even think about racing. He had raced professionally, so he was over it.

When we came up and raced, he was laid-back about it. He let us do our deal and however we finished was okay." Eventually both boys were ranked among the top amateur talent in California's scene and on the national level, with Justin taking two titles (85cc 12-14 Stock and 85cc 12-14 Mod) at the 2012 Loretta Lynn AMA Amateur National Motocross Championships. Interest from the industry piqued with these results and soon came a contract with the Troy Lee Designs-backed race team. "The whole team was rad. They supported me from when I was 14 to 18 years old, and we had a lot of fun," Hoeft says, noting the race team's amateur division. "The bikes and the way the team was ran was good."

Tragedy struck the family during their trip to Texas for the AMA Spring Championship in 2015, as his younger brother, Tyler, passed away as a result of injuries sustained in a crash. The incident was felt throughout the sport, but Justin continued on with little concern. "Right after we flew home from Texas, it was gnarly," Hoeft says, reflecting on the past. "All that we know is riding, so I never stopped. Two days later, my friends and I were all riding at a track by my house for fun." A second massive setback came just a few weeks later, as Justin suffered broken vertebra, internal bleeding, and lacerations to his kidneys, pancreas, and spleen during a qualifying race for that year's running of Loretta's. "After that I was over it mentally and physically. I had been injured so many times, then my brother, and being in the hospital for three weeks, it was overwhelming. I thought it was time to get away from racing and to be a normal kid."

For nearly a year, Hoeft spent time with his family and friends in Southern California as he finished out high school and saw other things that life had to offer. "Stepping away from racing and coming back was the best thing that could have ever happened to me," he claims two years later. "I learned to be a normal kid again and know that life isn't all about racing. There are other ways to make a living and have fun than just riding a dirt bike." The desire to race remained, though, and midway through 2016 Hoeft worked with TLD Team Manager Tyler Keefe on a comeback. "I didn't have a bike, so Tyler Keefe told me that he wanted two solid months of training for me to prove myself before I started riding," he notes. "I agreed to it, did the full two months, and kept a logbook of it all." It was decided that Hoeft would compete aboard a race bike during the final round of the 2016 Monster Energy FIM Motocross World Championship at Glen Helen Raceway, with hopes of earning a full-time professional contract for 2017. "Three weeks before the GP I got the bike. I feel like he [Keefe] was obligated to do it because of all the things that he told me. I was told that depending on my results at the GP would be if I was signed for the following year or not. I thought by my results at the GP I deserved to be signed since no one on the team did better than I did." Unfortunately, the contract did not come and the two parties went their separate ways soon after.

With no set support for 2017, Hoeft quickly worked to build some sort of program with the Fasthouse brand for his rookie season in Supercross. "I had talked to Kenny Alexander [Fasthouse owner] about doing something for Supercross, just for the West Coast, but with the budget and how much it would have cost, it was too expensive to go racing that soon," Hoeft says. Later came an opportunity with the newly formed IB Corp/Ryno Power Racing team, but things did not pan out for the full season. "I tested with them in December, right before the start of the season. They told me that they didn't have the budget for another rider, but halfway through one rider [Martin Castelo] got sent back to Ecuador, so they called me again."

Hoeft lined up at four rounds of the 250 West Coast region of the 2017 Monster Energy Supercross Series, with a 10th-place finish at Seattle being the highlight of the run, remarkable results for the limited time the rider, team, and trainer Ryan Hughes were able to put in prior to the first gate drop. "I thought that I was going to do better near the end of the season, but I had a couple of falls that screwed me up. It was a great rookie season even though I came in a few rounds late," Hoeft shares. "I think Ryan Hughes was the reason I picked up Supercross and progressed through each round. He is an awesome, trainer and everything we did helped tremendously. I had the time of my life riding with them for Supercross." 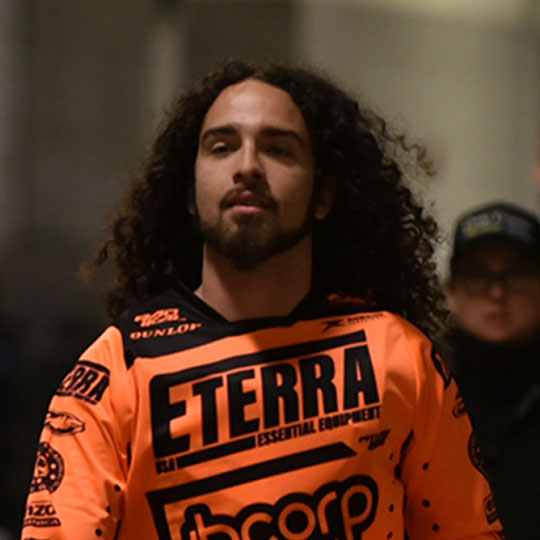 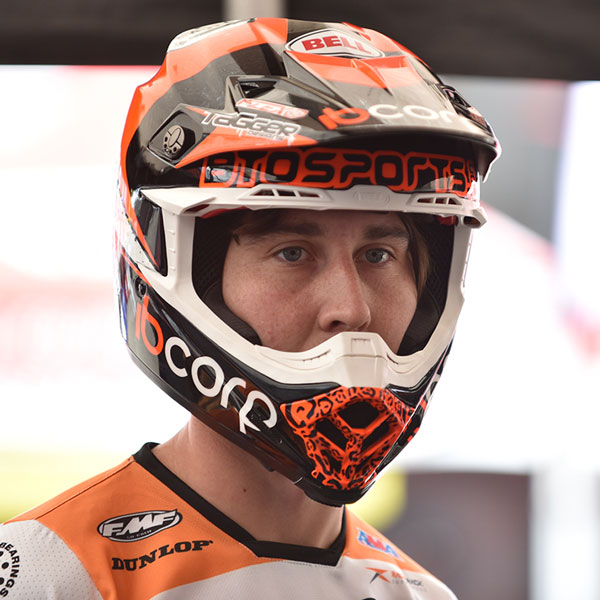 Who would sponsor a Supercross Team?

See more of the team in Action!
Sign Up for Our Newsletter
Get the latest on deals, news and special events.

Quick Reminder: You still have items in your cart